Catching the Wave of Service​

Key Club leadership got to take part in a once-in-a-lifetime experience!

On January 2, Key Club International President Lilian Thai and Vice President Layla Nguyen represented the spirit of service on Kiwanis International’s float during the 134th Rose Parade in Pasadena, California, U.S. The float, called “Catching the Wave of Service,” celebrated Kiwanians’ passion for improving the lives of children around the world. 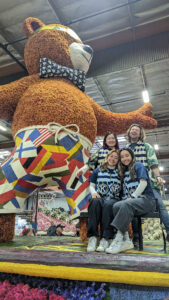 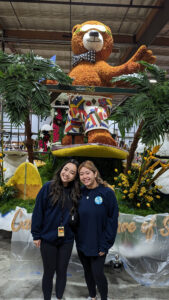 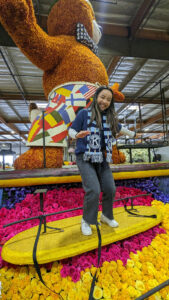 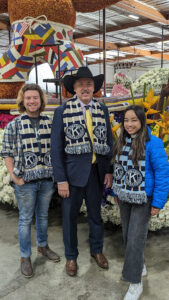 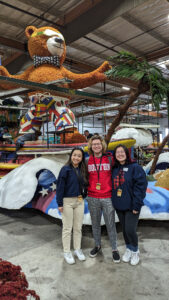 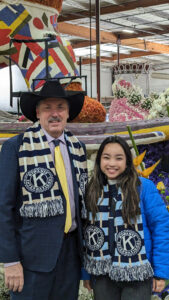 “The Rose Parade was an unforgettable and unique experience,” Thai says. “Upon arriving in Pasadena, I was thrilled to hear from Kiwanis Interntional President Bert West that there were hundreds of Key Clubbers volunteering at the float decoration site.”

Thai and Nguyen got a tour of the site and saw the organic materials that composed the entire float, which they then helped build.

“The flowers were cut and placed into vials containing water to keep the flowers alive for a few days,” Thai says. “Layla and I spent the next four hours individually placing flowers onto the float. Although we were tired by the end of the day, we were satisfied with our work when we saw the completed float.

“On the day of the parade, we could barely contain our excitement! The energy of everyone on the float and in the crowd made the experience thrilling.” 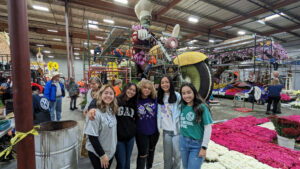 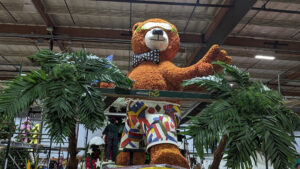 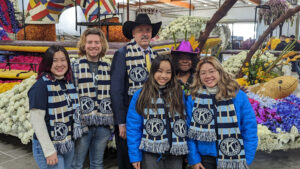 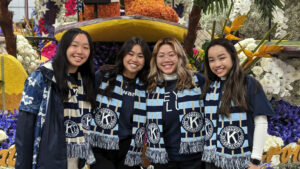 For her part, Nguyen says she’s “beyond grateful” for the opportunity to attend the Rose Parade — and to see how much material, volunteer power and preparation went into making the float.

“Prior to the event, Lilian and I went to the warehouse where a few of the floats were being stored,” she says. “The Phoenix Decorating Co. did an amazing job mapping out the float, giving instructions and monitoring the flower placement. Without their help, the float would not have looked as amazing as it did.”

Volunteers also dedicated countless hours to bring a vision to life, Nguyen says. As a first-time volunteer at the event herself, she got a new perspective.

“When you’re putting in the roses, all you see is the section you’re filling, so when you move back you get to see how it looks and how it blends with the other flowers,” she says. “I loved seeing how excited everyone was at the parade and enjoyed meeting new people while building the float. It was such a wonderful experience riding the float because each corner and block we passed were filled with people, and each person had the biggest smile on their face.”