Register for the 2022 Key Club International Convention!
Back to News & Events 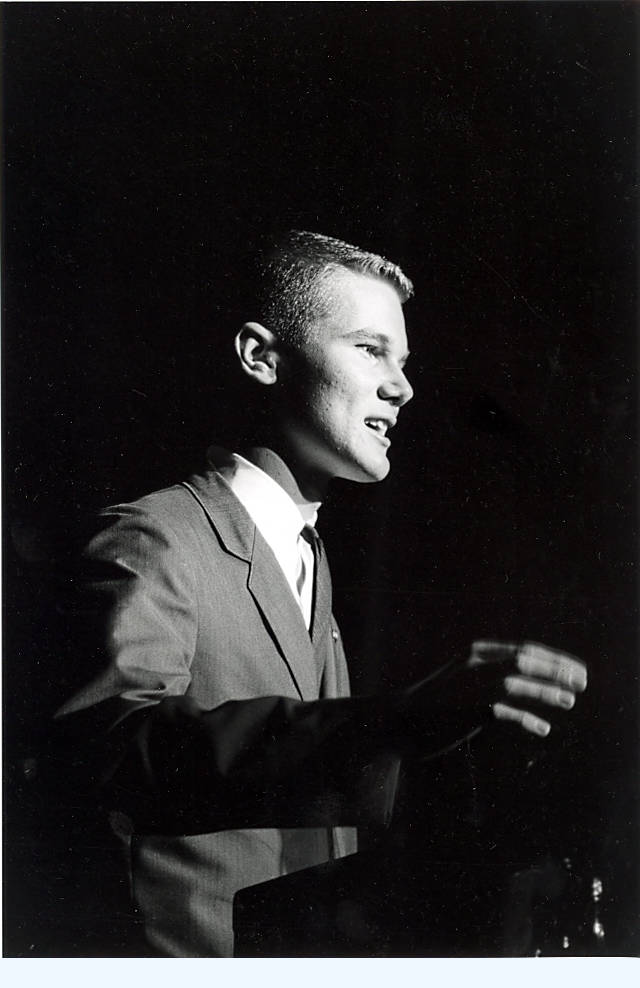 Nelson, who served as president of Key Club International in 1959-60, has continued to inspire Key Club members, most recently as keynote speaker for the 2020 Key Club Global Engagement Rally last October. Watch the recording of his conversation with Key Club student leaders.

During his address at the 2020 Key Club Global Engagement Rally, Nelson was asked how Key Club members could make the world better.

“We are created as creatures to interact with others and to look out for the good in other people and try to act on that,” Nelson said. “That’s what Key Club was set up for.”

He also said problem–solving skills were part of making the world a better place and lauded Key Club for giving students an opportunity to participate in something larger than themselves.

Nelson also noted that Key Club was originally for young men only and said “wiser heads prevailed” with the admission of young women. Nelson was a member of the Melbourne High School Key Club in Melbourne, Florida, and was president during 1959–60.

“Bill had leadership qualities even back then,” said lawyer Hugh Normile in a Tampa Bay Times article from 1990. Normile, who has known Nelson since the third grade, said Nelson was an “impressive” teen. Normile noted Nelson was also president of the student body and the 4-H Club of Florida.

“You came in the main entrance of the high school,” Normile said in the Tampa Bay Times story, “and on the right side was the principal’s office, and on the left side was Bill Nelson’s office.” 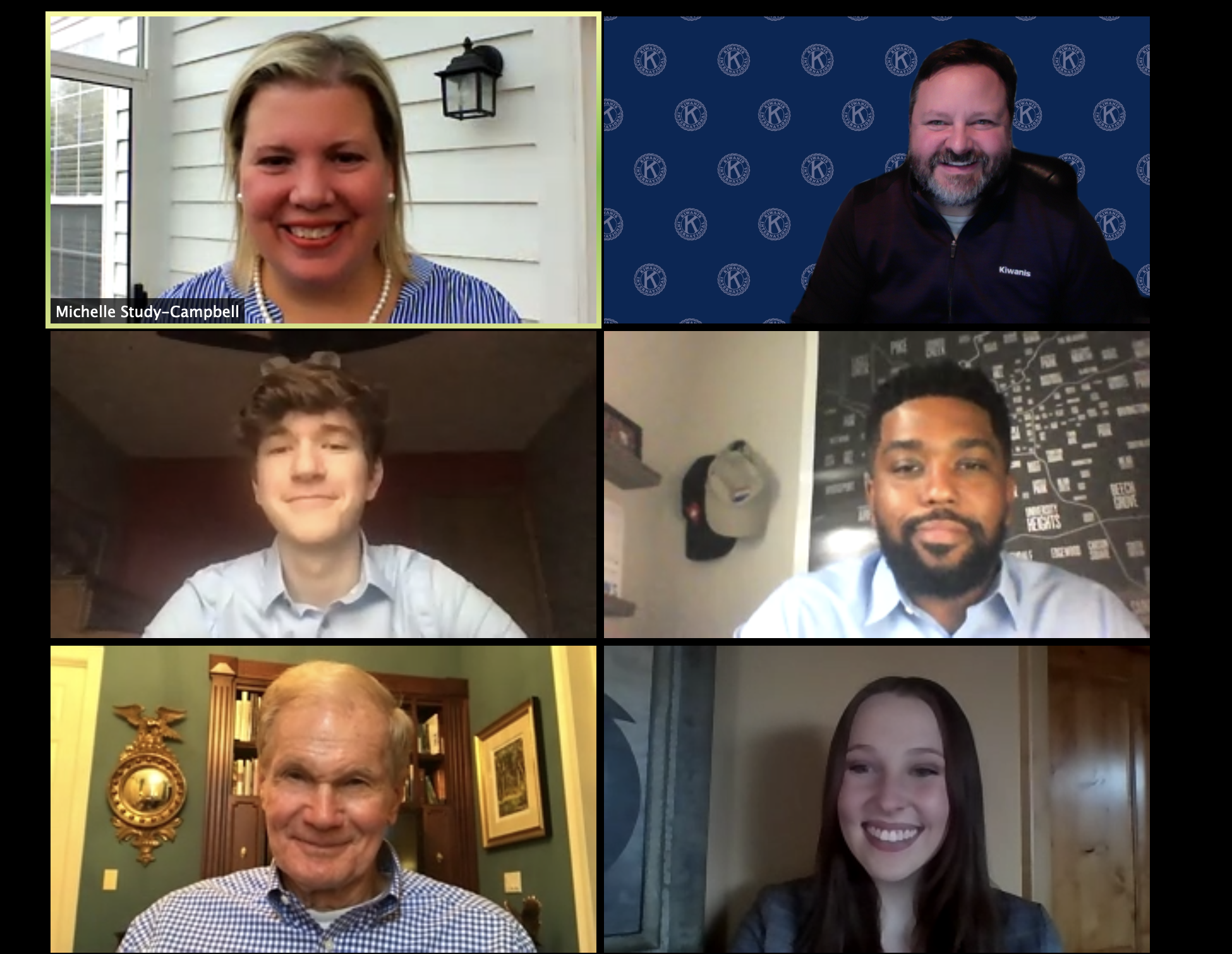 Nelson learned the value of giving back in high school.

“Key Club is such a wonderful organization for high school students,” Nelson said, adding that students who learn that they should work for the common good and not just live for themselves will have a more satisfying life.

Key Club is an international student-led organization that provides its members with opportunities to provide service, build character and develop leadership.

Nelson was appointed to the NASA advisory council in 2019 after serving in state government roles in Florida. He also served in the U.S. Senate.

He has maintained his relationship with Key Club throughout the years, even nominating a Key Club member to attend West Point Military Academy. He has spoken to Kiwanis and Key Club members at conventions and events.

“Senator Bill Nelson is the kind of person we should all aspire to be,” said Stan Soderstrom, executive director of Kiwanis International. “As a Key Club International president, he led with passion and determination, and he has clearly carried this leadership style with him the rest of his career. We are honored to have helped hone those skills he learned as a Key Club member.”

Watch the full video below: