Key Club has seen a lot of history in its 95 years. We began with a single club and its 11 members. Today, we’ve got 270,000 members worldwide, thanks to the hard work and dedication of student leaders like you. We are proud of our growth over the years and grateful to all of you who have made it happen. 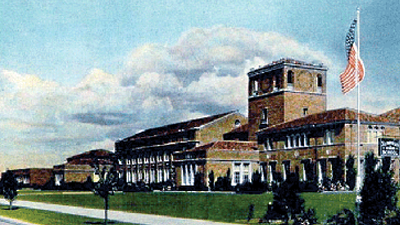 The first Key Club formed in 1925 in Sacramento, California, with 11 charter members. Key Club was the idea of two Sacramento Kiwanis Club members, Albert C. Olney and Frank C. Vincent, who also were high school administrators. They approached their Kiwanis club with the idea of starting a junior service club in the

high school. It would resemble Kiwanis, have its own classifications based on school interests and hold luncheon meetings.

The club was comprised of the key boys in the school, willing to serve the school in any way possible and to create better school spirit. Thus, the club was dubbed Key Club. Soon, the club that started out as a vocational guidance program expanded to become a complete service organization for the school. It also offered a social aspect to balance its service activities. Today, Key Club is the oldest and largest service program for high school students in the world.