Honor a Key Clubber with a Nininger Medal

Now more than ever, it’s important to recognize the young leaders in the Kiwanis family. And there’s no better example of youthful leadership in extraordinary circumstances than Alexander R. “Sandy” Nininger.

When a Key Club was organized at Fort Lauderdale High School in January of 1936, Sandy Nininger became a charter member. He showed the same dedication to his work at that time as he would later show in battle. Sandy Nininger, chairman of his Key Club’s entertainment committee planned a benefit dinner, where they presented a case to the town’s business owners for improving the athletics department. The business owners were moved to act. The city sold the school board a tract of land, electricians added light poles, and the community loaned money for a grandstand and additional equipment. At the games, crowds grew from 100 spectators to 1,500…all because of Sandy and his Key Club team.

Nininger died in 1942 at the Battle of Bataan in the Philippines just one month after the United States entered World War II. Nininger voluntarily attached himself to a unit that was being attacked by enemy forces with superior firepower. He was wounded three times before he finally died, after pushing far into the enemy camp. Nininger was posthumously honored with the first Medal of Honor given during WWII.

In 1946, the Sandy Nininger medal was created for Key Club members who distinguish themselves by making the most of their opportunities. Like Sandy, these members inspire us all to care deeply, engage enthusiastically, and make the most of our lives.

Does this sound like a Key Club member you know? Honor that person with the Sandy Nininger Award! Honorees will receive a medal and certificate — and they will know that fellow Kiwanis family members continue to appreciate their service and dedication in these unusual and difficult times. 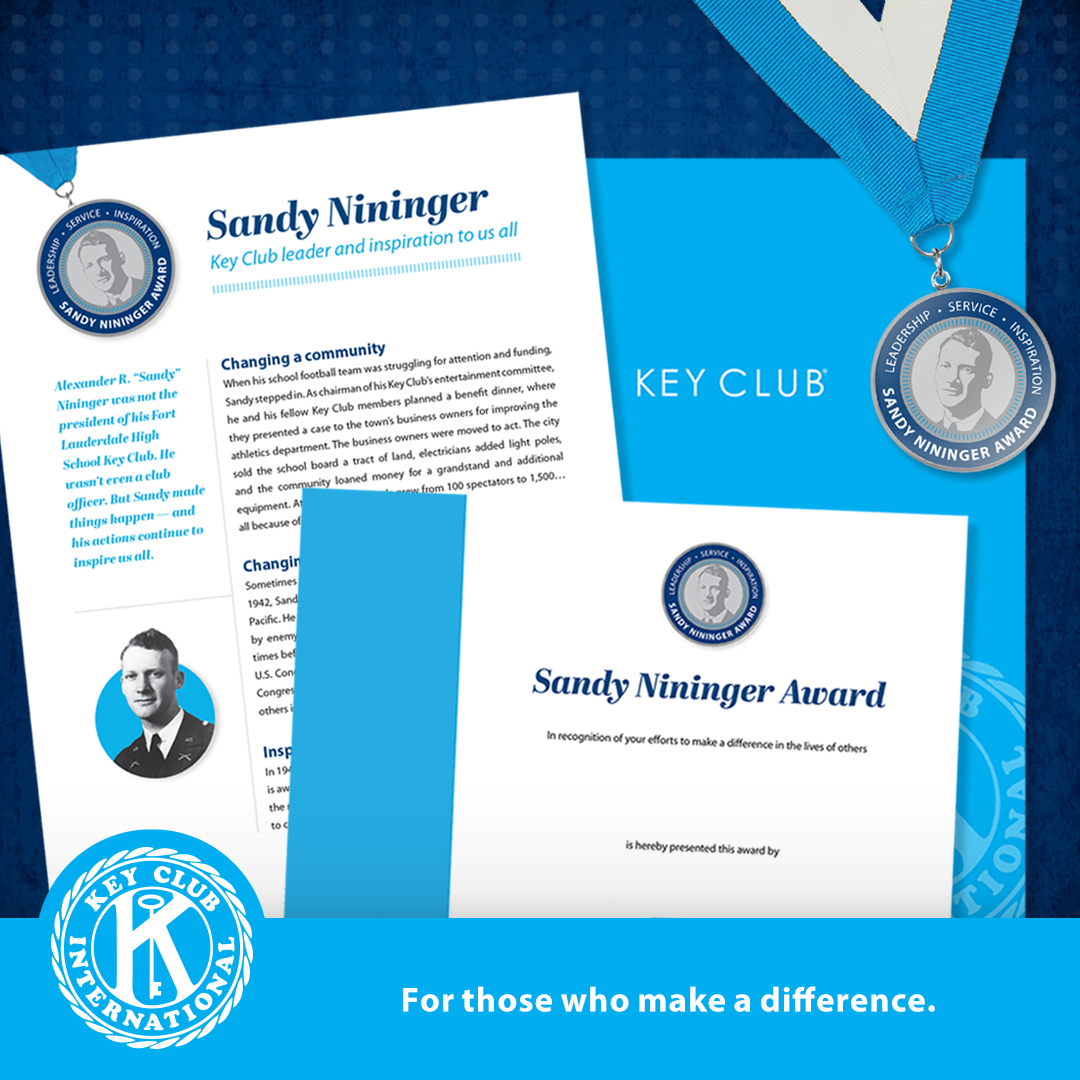